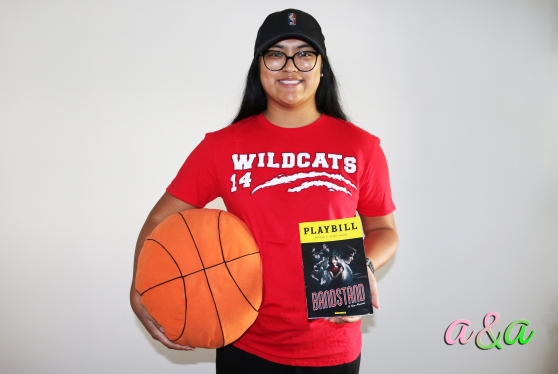 Ashley is a basketball enthusiast and Broadway fan, so she’s basically the fangirl version of Troy Bolton.

Although she loves sports in general, basketball is the only sport she has always had an interest in—probably thanks to her Filipino heritage. Her basketball career was short-lived and is defined by the fact she shot the lone 3-pointer on her sixth grade team. She was actually never that great at basketball; she was just decent at best, but her love for the sport makes people think otherwise. After her playing career, her interest in the sport actually grew and developed into a passion for the game. Eventually, Ashley became known as a basketball lover who bleeds Chicago Bulls red and is Kirk Hinrich’s biggest fan.

Ashley recently developed an interest in Broadway after living in New York in summer. 2017. She watched Bandstand once to watch a favorite dancer of hers perform, a second time to see it before it closed and she left Manhattan, and a third time because she fell in love with the show and wanted her family to watch it, too. Thanks to Bandstand; its male lead, Corey Cott; and his beautiful singing voice, she developed an interest in Broadway—particularly musicals.

When Ashley isn’t watching basketball or listening to show tunes, she’s probably writing, reading, or being a wannabe graphic designer/artist.

Amanda and Ashley are 24-year-old identical twin sisters who differ from each other in just as many ways as they are similar to each other. Follow along as they share their adventures and interests through words and photos.